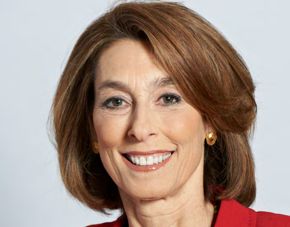 The reason I became a scientist was because I loved it; it chose me rather than vice versa.

To be a successful scientist, one has to be a risk taker. Breakthroughs are only made by being willing to dare and to innovate.  That has always fit my personality: I am the opposite of conservative, and somewhat impulsive and impetuous.

At the age of 31, I set up my first laboratory immediately after becoming an assistant professor of immunology and of medicine at Harvard School of Public Health and Harvard Medical School.  Suddenly, I was the one running the lab, thinking up all the ideas and experiments, writing up the results for publication, and raising all the money through grant applications.  If I failed at any of these tasks, then my lab would disintegrate.

At the same time, I was seeing rheumatologic disease patients at Brigham and Women’s Hospital and trying to study for the Rheumatology Boards. Most fellows spend hours preparing for these boards, studying the big rheumatology textbooks, but I just did not have the time. I decided all I could do was memorize the key facts in a slim volume called the Rheumatology Primer. I did manage to pass the boards, but only because there happened to be lots of basic immunology questions and straightforward case studies.

I had no mentors then, either. There was no senior faculty member who was looking after my intellectual, emotional or financial welfare other than myself. And on top of this, I had two small children, my toddler daughter and infant son. My husband was a surgical resident on call all the time, so I was often a single parent.

What kept me going during these difficult years was a lot of energy, a passion for immunology, and a willingness to wing it on the basis of incomplete knowledge. I became a master at multitasking and working in the midst of chaos. And importantly, I had the constant and tireless support of my husband, mother and father.

I remember on weekends, when my husband was on call from Friday to Monday, packing up the two kids and literally moving into my parents’ house. We would get fed and I would grab a few hours to run into the lab and get some experiments done while my father took the kids to the playground. Although they must have gotten a little tired of all this childcare, I think my parents would say that the close bonds forged with their grandchildren were well worth it. My children certainly would agree.

The reason I became a scientist was because I loved it; it chose me rather than vice versa. What I tell the young female post-doctoral fellows who now work in my lab is to have self-confidence, to be as stubborn as bulls, and to persevere during the difficult times. Having children and a research career can be tough, but also very thrilling. And, for those of us who must multitask: it isn’t necessary to be a perfectionist in everything as long as the data are impeccable.